Research areas and topic of the conference:

Phenomenology of the body

Amongst philosophical accounts of the body, a phenomenological account is the most fundamental i.e. it proposes ontology and metaphysics of embodiment. This approach can be traced back to Husserl but it was fully developed in French phenomenology. Today embodiment is still the subject of many interpretations and discussions, thus it is important to confront them.

Phenomenology renews the question of God, which was of primary importance in philosophical tradition. Husserlian tradition firstly reduces the question and then discovers specific phenomena in religious experience and theological inspirations, which it uses to redefine the phenomenology itself. Therefore the aim is not to justify the phenomenological theology, but to reach the borders of phenomenology, to redefine its limits by analysis of such phenomena as vocation and appeal, question and answer, birth and death, gift and donation, love, incarnation, event, and finally, revelation.

During the last few decades art became the leitmotif of many phenomenological researches. Phenomenologists who aimed to describe the original experience drew attention to the aesthetic experience. This experience allows us to discover phenomena which are inapprehensible in everyday experience, yet determine the perception itself, thereby revealing the importance of the sphere of aesthesis. The field of the phenomenology of art includes analyses of various forms of artistic expression, such as painting, photography, motion pictures, the art of new media, and poetic language, as well as reflections on works of art and aesthetical turns in phenomenology itself.

After discussing all the terminological differences between phenomenology and psychoanalysis relating to their distinct origins and theoretical background, we discover that descriptions of the deepest structure of experience are surprisingly similar. These currents are found to be complementary, especially when they analyze the constitution of consciousness that is in the unconscious or the origin of sense. The main difference between phenomenology and psychoanalysis does not come from cognition of experiences, but from the very attitude towards the experience itself.

One direction of contemporary phenomenology is to enter the field of interdisciplinary cognitive sciences. Phenomenology, in addition to its method, which can be applied to some degree in the study of subjective states of experience, brings to cognitive science advanced analyses of the structure of consciousness, embodiment or intersubjectivity. Theoretical positions such as: neurophenomenology, enactivism or front-loaded phenomenology, refer to phenomenological tradition in varying degrees. In this context the problem of the ”naturalization of phenomenology” also appears, which raises controversies between both cognitive scientists and phenomenologists. 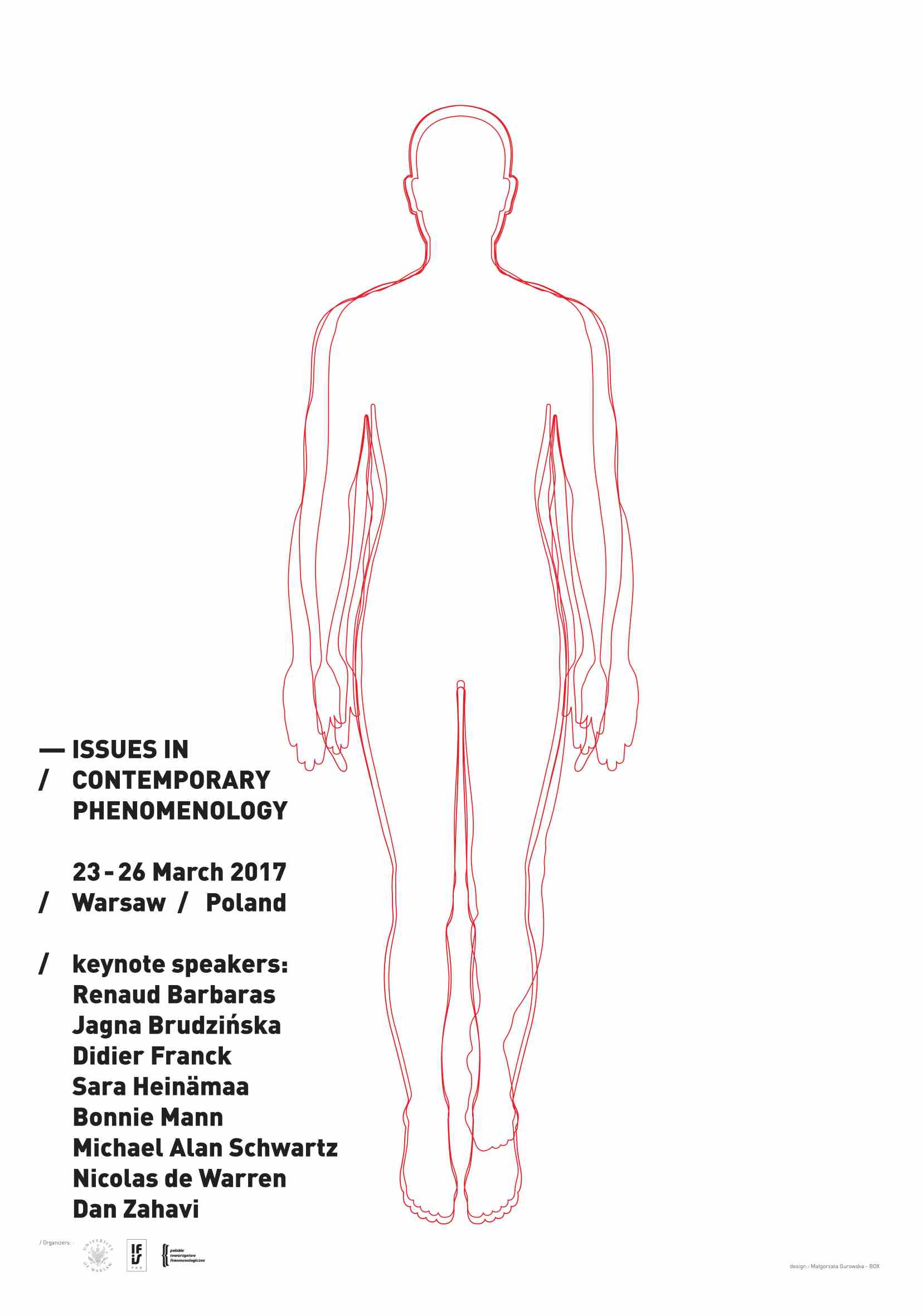 should be no more than 500 words in English or French and must include: title of the paper, author’s name and institutional affiliation, contact details and research topic from listed above.

Submissions or any questions send to phenomenology2017@gmail.com
by 1st of October 2016.

All submitted abstracts will be peer reviewed.

Acceptance will be confirmed
by 1st of December.

Scheduled time for presentation is 30 minutes including Q&A.